White Plains is often thought of as a microcosm of New York City. The diversity among the residents is a reflection of what White Plains has to offer. There is literally something for everyone. It is a true city with a thriving business district and a suburban town rolled into one. The fine public school system combined with the relatively low taxes and cost of living make it an attractive destination for those seeking the suburban lifestyle without the price tag of a Scarsdale or Sound Shore address. The downtown is akin to a mini-me Manhattan with fine dining, retail and entertainment. It’s a destination point for those looking for a night out on the town. The central location with easy access to primary traffic arteries such as I-287, I-95, I-684, the Hutch and Bronx River Parkways makes it an ideal location for commuters. White Plains is also a major express stop on Metro-North. You can be in Manhattan in 33 minutes. Even the county airport, which is a minor hub for at least 7 airlines, is just a few minutes away. 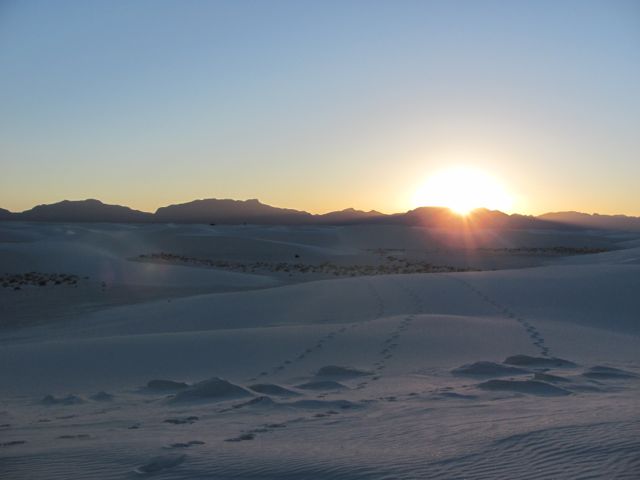 The Population
In many ways White Plains is a microcosm of New York City and that is truly reflected in the population. Like its neighbor to the south, it has a large commuter population of about 250,000 that call White Plains home during their work day and often after hours for shopping, fine dining and entertainment. According to the 2010 census the live-in population is close to 57,000 and is a mixture of Caucasian, Latino, African, Asian and more. The median age of residents is 39 years of age with a median household income of $77,000. Households are fairly evenly divided between married couples, families with children under 18 and singles. The majority of the population (56%) are between the ages of 25 and 64 with about 29% are under the age of 25 and 15% over 65.

History
White Plains was initially owned by a native tribe – the Weckquaeskeck and was bought by Puritans in 1683 who migrated west from Connecticut. White Plains got its name early on from traders and it is thought to be because of the white mists that hovered over the swamplands surrounding the Bronx River. In 1758 the Village of White Plains was designated as the county seat of Westchester.

In October of 1776 George Washington positioned his troops in the hills of White Plains. The British came in pursuit. The Battle of White Plains took place on Chatterton Hill. Although the battle was considered to be something of a draw, the British were eventually forced to retreat, ceding White Plains to the Continentals. To this day, the location, which is at the western end of the current city boundary, is referred to as Battle Hill.

By 1910 the Village of White Plains had a population of 26,000 and the village was officially incorporated as a city in 1916. During the first half of the 20th century White Plains established itself as a retail hub for Westchester County. Later, in the 1950s and 1960s planned urban development gave rise to an active and vibrant business district that exists to this day. 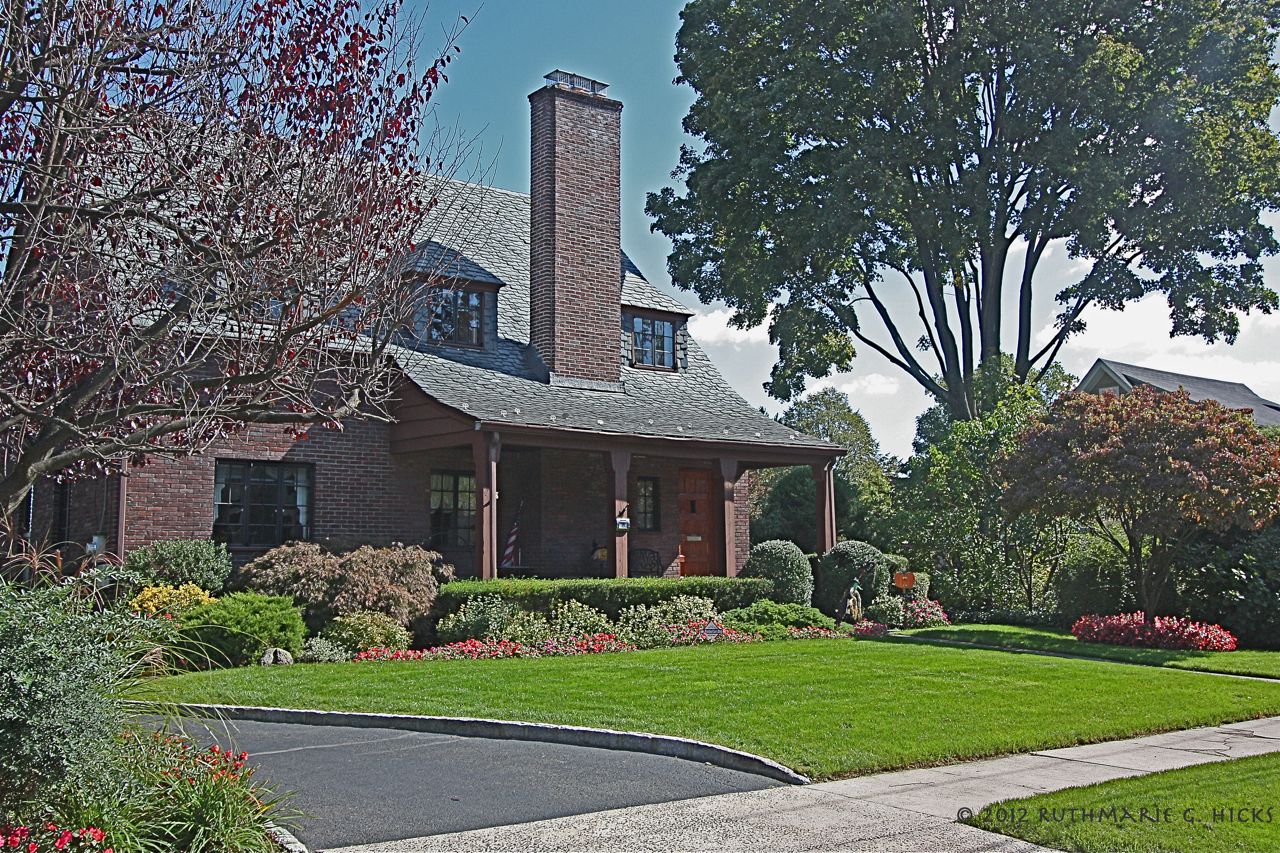 Suburban or City Life? The choice is yours

Life in the Burbs – Single Family Homes:
Single family neighborhoods can be found surrounding the downtown area. This list is far from complete. To the north and east of the downtown there is North Broadway, Ferris Ave., Westminster Ridge and Woodcrest Heights. To the west there is Battle Hill, and Fisher Hill. The bulk of single-family residential neighborhoods are to the south of the downtown (south of Bryant Ave – route 125). These neighborhoods include Gedney Farms, Gedney Manor, Gedney Meadows, Gedney Park, Havilands Manor, Highlands, Hillair Circle, Holbrooke, Idle Forest, North Street, Prospect Park, Reynal Park/Rocky Dell, Rosedale Saxon Woods and Soundview.

Buyers who are looking for a single family home in a “walkable neighborhood” would probably do well to focus on the North Broadway, Ferris Ave., Battle Hill, Fisher Hill, Prospect Park and the lower portions of the Highlands. Most of the other neighborhoods are within about 2 miles of the heart of the downtown, but they are not what most people would think of as truly “walkable”.

The neighborhoods vary with respect to lot size and home size, with lots 1/3 of an acre or larger being the norm for areas like Prospect Park, Soundview, Gedney Farms and Hillair. Homes in these neighborhoods tend to be large in size (2500 sf and up). Neighborhoods such as the Highlands have smaller lots of about 0.15 acres and more compact homes, most under 2000 sf. Neighborhoods such as the Highlands feature pre-war charmers while the bulk of homes in Rosedale were built between 1950 -2000. Each neighborhood has its own unique character. There is quite literally something for everyone.

Condominiums:
Condominiums are clustered on the outskirts and heart of the downtown area. A few complexes brush the edges of the suburbs, but most are located in walkable locations and many are rated as a “walkers paradise” on walkscore.com. With plenty of shopping, dining and entertainment just steps from your door. This is a different lifestyle from the single family homes that surround the downtown. It’s right in the center of the hustle and bustle. Although most people own cars in Westchester, living without a car is definitely possible in the heart of the downtown. 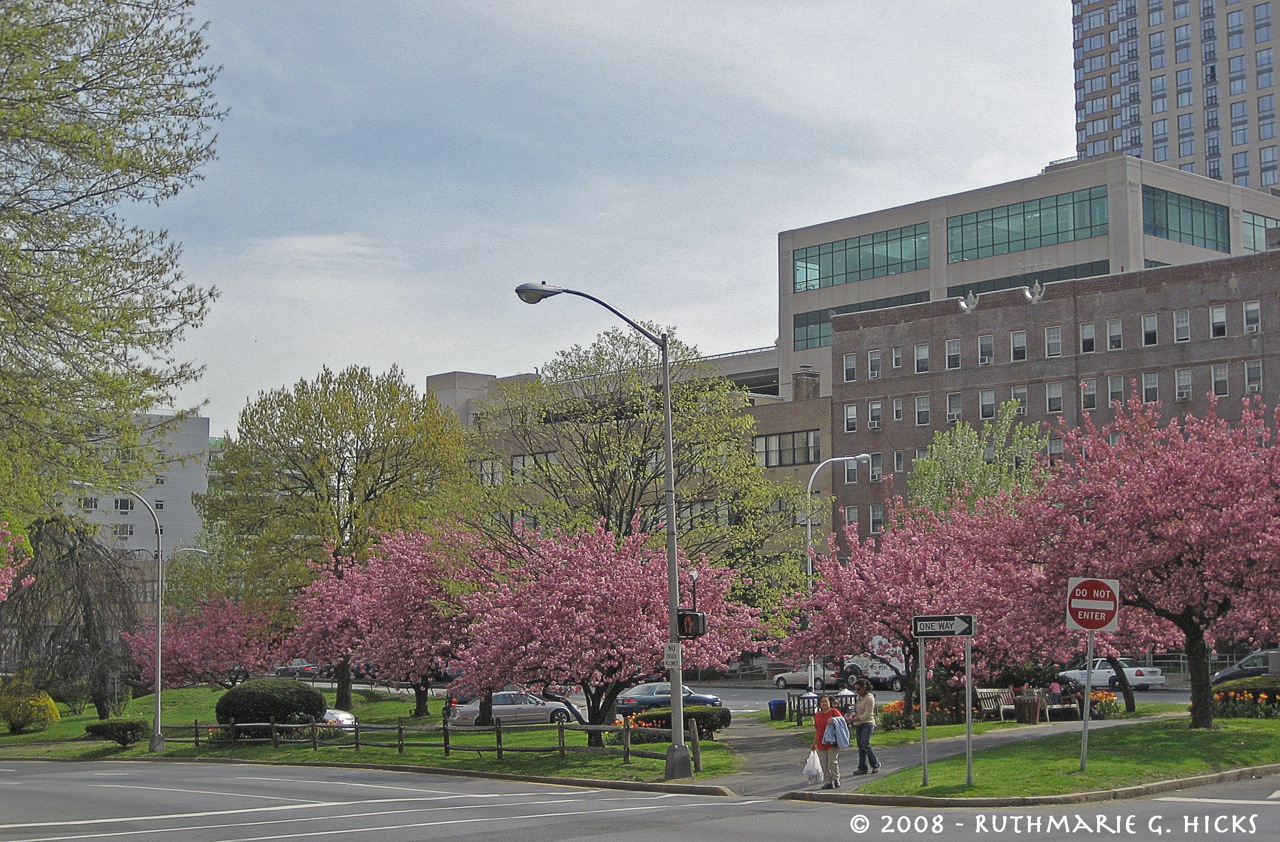 Cooperatives:
Cooperatives are thought to be a New York City thing. Nevertheless, downtown White Plains has a large cooperative market. For those who don’t know much about coops, they are not “real property” in that you don’t own your unit outright. The owner owns shares in the cooperatives in proportion to the size of the unit they occupy. Coops have their risks. If you are a buyer, having an agent who knows the cooperative market and has a good feel for the financial status of the complex is a must. Cooperatives provide an essential entry point into the housing market for first time buyers. First time buyers can get more bang for their buck in a cooperative and still have the condo lifestyle with all that downtown White Plains has to offer.

Housing Crisis and Pricing History
The housing crisis that began with the sub-prime meltdown in 2007 has been difficult for every market in the country. Lower Westchester has fared far better than most areas of the country. We have our share of foreclosures and short sales, but in many ways we were spared the worst of the decline. Although White Plains has seen a major price correction in all residential housing markets, it is far less dramatic than in areas that made headlines. The reasons for this resilience could fill a book, but two reasons stand out.

Location: Lower Westchester is known for its easy Manhattan commute. New York City is surrounded by water providing natural “bottlenecks” in getting from point A to point B. Westchester has Metro-North, a transit system that is the envy of the tri-state area. Locations that don’t have that advantage have taken a bigger hit. White Plains has a particularly desirable commute. It’s an express stop (33 minutes to mid-town Manhattan) with the distinction of having more trains per hour than any other Metro-North station.

Mature Development: Some of the hardest hit areas of the housing crisis were areas where whole communities were springing up overnight. This created massive glut of new housing for which there were no buyers. In White Plains, any surge in building was limited in scope by a lack of buildable land. Mature towns, strict zoning laws and abundant wetlands limited development. 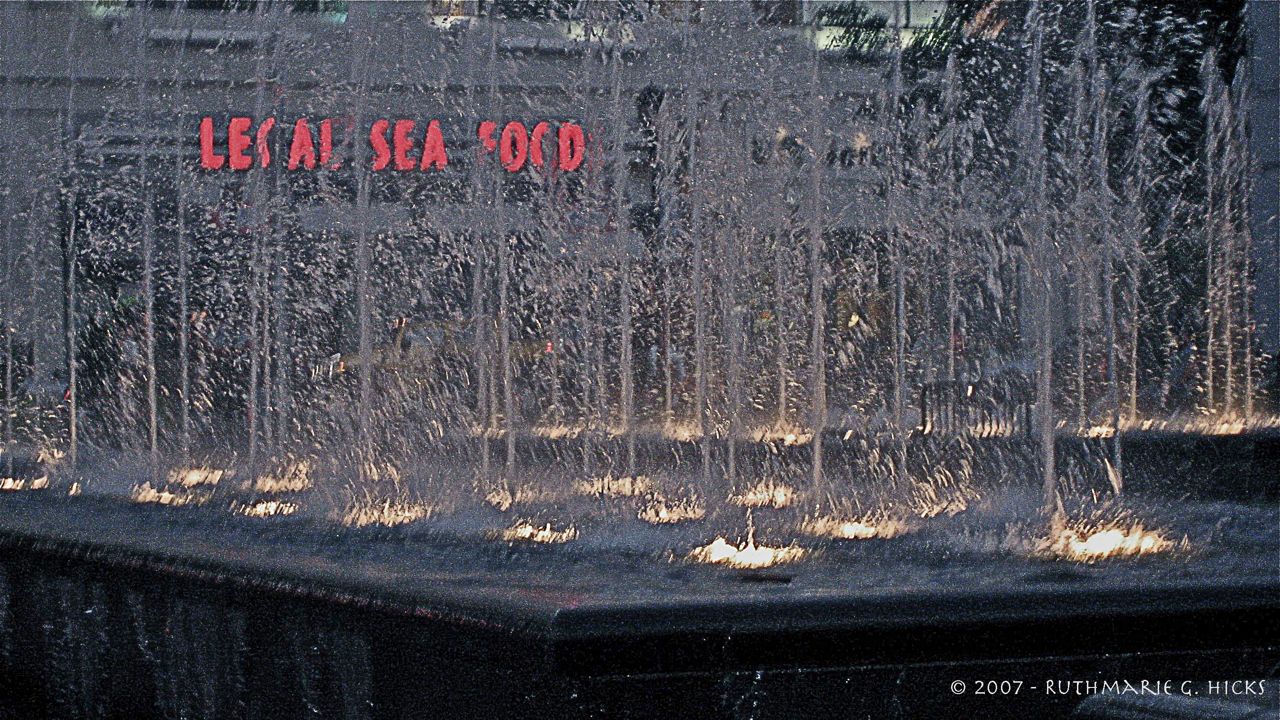 Property Taxes
Taxes on a single family home will range from roughly $6000/ year for an entry level home to nearly $30,000/year for a high end home of nearly $2 million. For condos, the tax rates generally start in the $5000 range and can climb to $50,000 for a $5 million condo. There are some complexes with unusually low taxes, but they are rare. Although this sounds like a great deal of coin, compared to other municipalities in Westchester, this is on the low side. These lower taxes often make White Plains more doable for young families who are priced out of the markets of Scarsdale, much of the Sound Shore as well as river towns like Irvington.

One reason for this stability is the fact that White Plains is a community with a large retail and business base. White Plains held up well during the financial crisis and is in a strong position moving forward.

The White Plains High School offers over 300 courses including honors and AP classes.

· Chosen by Expansion Magazine as one of ten districts nationwide for corporate relocation.
· Two National Blue Ribbon Schools of Excellence awards for the middle school and high school from the U.S. Department of Education.
· Ranked in the top 100 nationally for music education.
· Ranked in the top 3% of school districts nationwide in computer access and capacity. 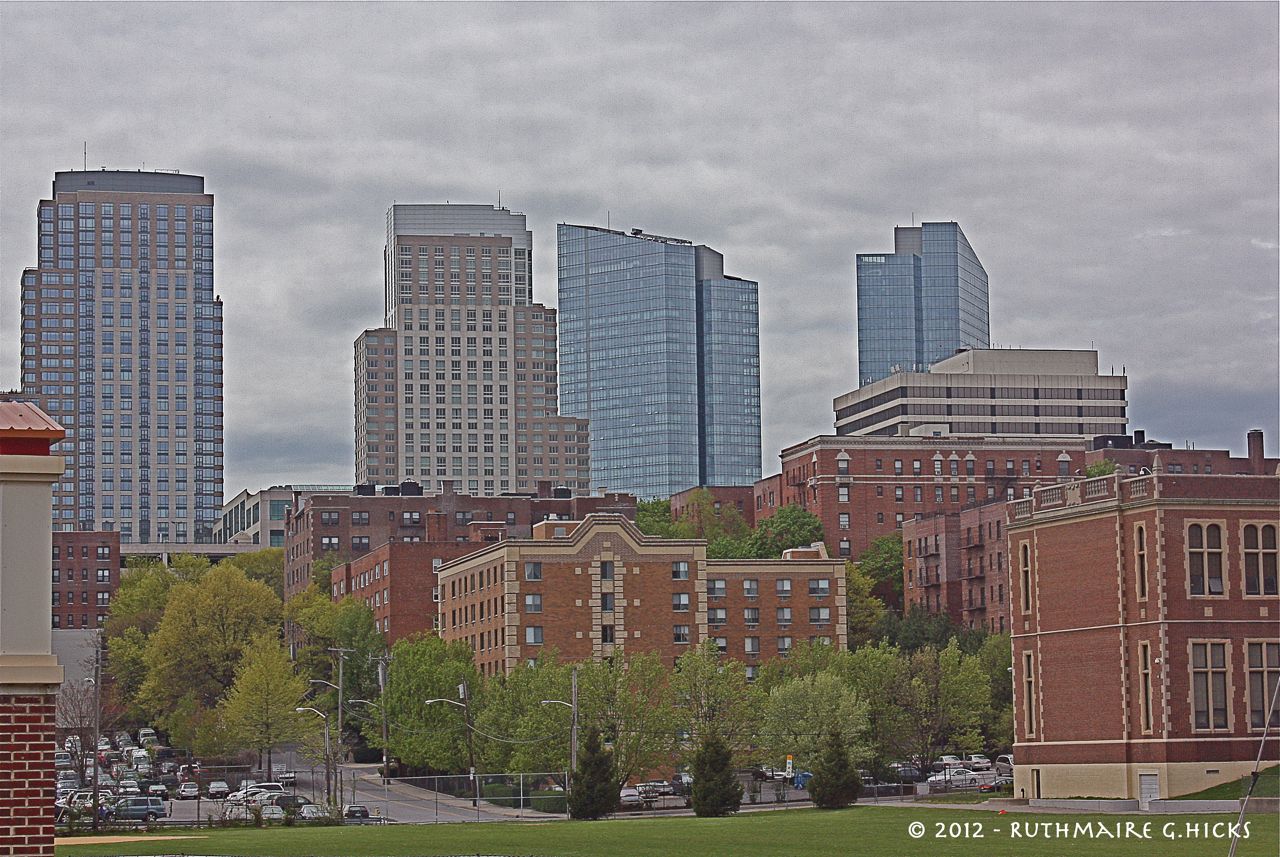 My Biography
My name is Ruthmarie Hicks and I have been a Westchester resident all my life. Throughout my life, I’ve taken the road less traveled. I started my work life as a scientist and was a lab manager at Presbyterian Hospital in NYC before going to graduate school and getting a higher degree. I still adjunct at local universities utilizing my training. I enjoy the challenge of turning the complex and abstract into something understandable.

I’m an obsessive blogger and my blog site TheWestchesterView.com is chock-a-block full of information about White Plains and surrounding communities. The blog is highly visible on the search engines and is very useful in promoting my listings. My Facebook business page feature events, businesses and real estate news as does my twitter account (@WestchesterVue). So feel free to stop by for a visit.

My hobbies include my Siberian Huskies, Jade, Tundra and Buddy. I’m also an avid photographer – a skill I picked up in the lab when I was photographing cells under the microscope. Today I use that skill to good advantage in my work as a real estate agent as well as for my blog site. So you may see multitasking, walking the dogs in a place like the Rockefeller preserve with my camera and lenses.

My brokerage is Keller Williams NY Realty which is based in White Plains. Keller Williams offers unique training and mentoring for their agents and has the tools that allow me to exploit technology in a positive way for their clients. One of the things I like about Keller is that my listings are not pushed into a marketing “machine” where one size fits all. That allows me to treat each house I list as a unique entity and gets sellers away from the sausage machine that seems to dominate marketing.