Located in Eastern Pennsylvania, Schuylkill County is only a short drive from many major cities:

Schuylkill County is within 300 miles of one-third of the nation’s population. The Schuylkill Chamber of Commerce says we’re at “the hub of a wheel: the center from which you can venture forth for a multitude of activities. World class shopping, cultural events, restaurants, tourist attractions and recreational activities are all within a few hours’ drive from any point in Schuylkill County.

Geographically, we’re at the center of it all. Officially, we’re classified as a rural county in Pennsylvania, which means you get the best of both worlds: the benefits of a slower, less populated rural area and yet in close proximity to all the benefits that big cities have to offer. We may not have the huge chain stores and shopping complexes that you love to shop at–but in 30 to 60 minutes you can have it all, from discount outlets to big box retailers. And the benefit is that the sprawling acres of macadam (paved roadway) are NOT right here in your own back yard.

We’re classified as the southern tier of the Pennsylvania Anthracite (Hard Coal) Region. In the late 1800s and until the mid-1950s, Coal was King here and mining was a very important part of our life. Today we still have coal mines, but they take a backseat to manufacturing, service industries, and regional distribution centers (“big box” hubs for Wal-Mart, Wegmans, Lowes and other major distribution centers in our industrial parks).

Pottsville, our county seat, is home to Yuengling Beer, America’s oldest brewery and the largest American-owned brewery. Beer has been brewed here since 1829, and the brand has a cult following across the country. 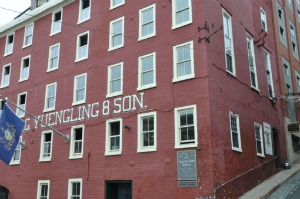 John O’Hara, one of the early 20th Century’s greatest short story writers, was born and raised in Pottsville. Today a life-size bronze statue stands on South Centre Street in his honor. His novel Appointment in Samarra is on the Modern Library’s Top 100 Books list. Conrad Richter, a Pine Grove author, is another one of our famous writers.

From the music scene, the Dorsey Brothers and the Les Brown Band both originated here in Schuylkill County. Big band concerts still can be found occasionally, playing the tunes that made these groups famous.

There are 12 different school districts in our county and a handful of private Catholic schools, and one charter school. In our area, most home buyers search for homes not by town, but by school district. This is because our area is so rural that we have grouped many small towns into larger school districts. For example, the Pottsville Area School District encompasses the City of Pottsville and small surrounding towns such as Saint Clair, Port Carbon, Palo Alto, New Philadelphia, Middleport, and more. If a buyer just limited himself to one of those small towns, you’d be limiting your search area severely. So we search by school districts. 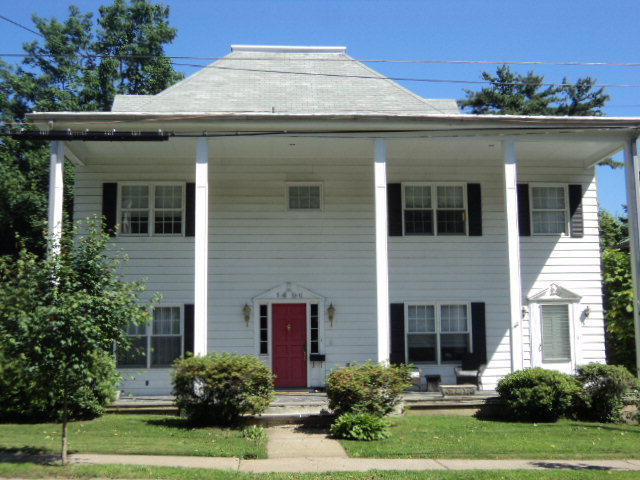 The taxes here in Schuylkill County are lower than in many parts of the country (such as New York and New Jersey) yet higher than in other parts. But our cost of living is so low that we find it tends to “even out.” We pay property taxes in two parts: in March/April the county and municipal bills are due, and we pay school taxes in July/August.

Penn State Schuylkill is one of our main institutes of higher education. We also have a branch of Alvernia College, McCann School of Business & Technology, and we are the corporate home of Empire Education Group.

As mentioned previously, coal and manufacturing were once our major employers. We had textile mills and shoe factories, most of which have closed down. As we sit at the intersection of several major interstates — Route 61, Interstates 81 and 78 — many retailers have built distribution warehouses here in our industrial parks. These centers are now major employers. County and state government, and the local hospitals also employ many Schuylkill residents.

We have a higher than average unemployment rate in our area, which has hurt our housing sales. We are a bit isolated from the rest of the country, as trends tend to hit us later and we pull up and out of recessions later, as well. When the housing market started to tank in 2007, it did not immediately hit our region. It took until 2008 and 2009 to seriously affect our prices, and 2010 was the worst year for us. In 2011 the market started to turn around here in the second half of the year, and 2012 is off to a great start.

Overall, while other parts of the county have seen huge declines, we are not that bad. We are not Arizona and Florida with their 50% or larger declines. Our housing values slid about 25% from 2007 to 2011 and they are flattening out now or holding steady.

Our average home sale in this region is about $80,000. The northern part of our county regularly sees sales in the $20,000 range or less, and bargains can be bought in the Shenandoah, Mahanoy City and northern towns. 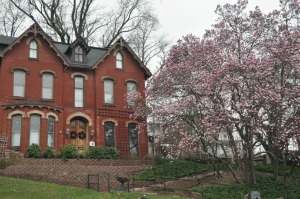 Bottom Out?
I do believe the market has bottomed out here and is holding steady. We had a very mild winter and our number of buyers cruising around for houses was higher than in 2009 or 2010 in February of this year. March is off to a strong start, and we even are seeing bidding wars on some of our new listings. One Pottsville property we listed in February had three offers in the first two weeks and the seller was very pleased with his sale price. The lack of snow in February and March (so far) has helped bring the buyers out earlier than normal.

For buyers who are new to the area my best advice is to take some time and drive the roads here. Visit the various little towns and the developments and drive through the communities. The small town life is not for everyone!

We have everything from very remote mountain areas to flat farmland to small towns. We have traditional suburban developments with cookie cutter kinds of houses, and we have wide streets in Pottsville where you won’t find two houses alike. We have new developments still going up, and big old Victorians from the 1800s. Whatever your style, we can find it, but first take some time to get to know the flavor of the towns and the neighborhoods.

Erica Ramus is a Schuylkill County native and a graduate of St. Clair Area High School. She earned degrees at Armand Hammer United World College of the American West (I.B.), University of Delaware Honors Program and Kutztown University (B.A.). Erica started Schuylkill Living Magazine in 1997 and is now Publisher Emeritus. She opened her real estate brokerage  in Pottsville in 2007. She is extremely active in the community, especially in the Schuylkill Chamber of Commerce (Past President) and Rotary Club of Pottsville (Past President). She is in the Schuylkill United Way’s Pacesetters Club and heads up fundraising for their Physicians Division.

She lives in Wayne Township with her husband and two sons. The Ramus family frequently hosts exchange students and has had students live with them from France, Russia, Germany, Uzbekistan, Turkmenistan, Mexico and Ecuador.

RAMUS Realty Group is in Pottsville, PA and frequently handles relocating professionals to the area. Erica Ramus also is an Instructor at Penn State Schuylkill, teaching Real Estate Licensing & Continuing Ed. She is an Accredited Consultant in Real Estate (ACRE), a Certified Residential Specialist (CRS), and belongs to Women’s Council of Realtors (WCR).