Devon is part of the Main Line to the west and north of the city of Philadelphia. Perfectly located with easy access to many major road and train routes, both north and south, and east and west with a well developed international airport it has become home to many national and international corporations. 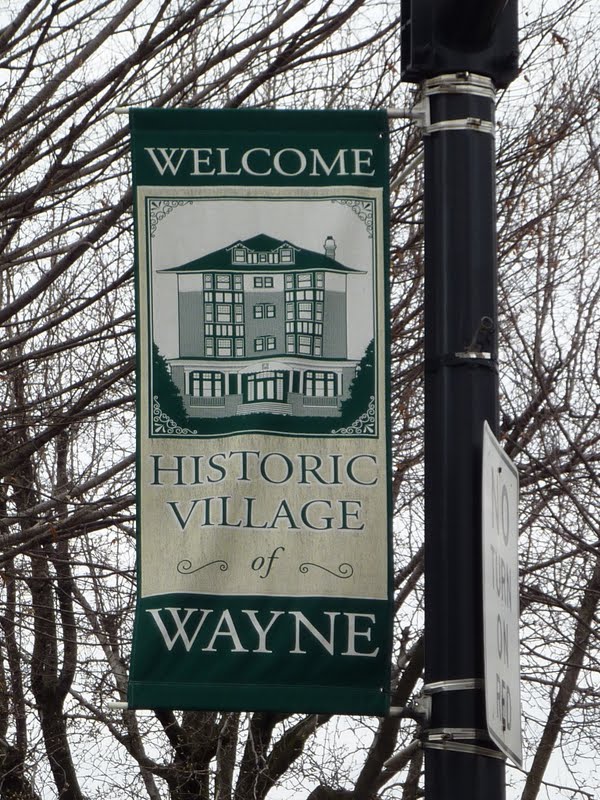 Before the 1600’s Lenni Lenape Indians called this area their home. In the 1600’s William Penn sold land to a group of Welsh Quakers for ten cents an acre, not a price we see today.

The Main Line proper is a line of communities extending northwest from the city of Philadelphia. The Main Line originally referred to a water line which serviced particular areas. It later became known to represent the communities along the Pennsylvania Railroad mail route, now Septa’s R5 regional rail train line.

The Main Line Railroad was constructed during the nineteenth century and traveled through the area from Philadelphia to Harrisburg and Pittsburgh. The railroad is still in service and is used by both SEPTA and AMTRAK. At the time, the railroad owned much of the land surrounding the tracks and encouraged the development of this picturesque environment. The construction of sprawling estates attracted the wealthy Philadelphia elite, many of whom had one house in the city and another larger “country home” on the Main Line. 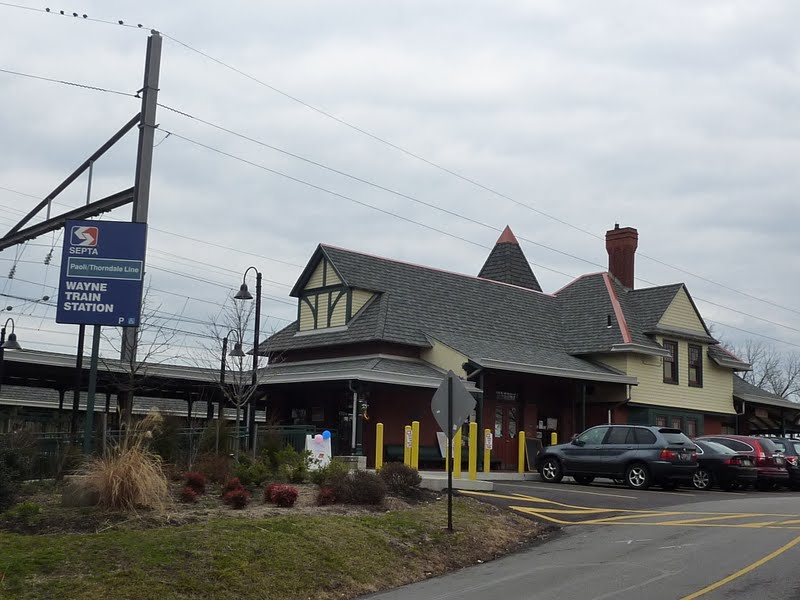 Development is still under way–pushing the Main Line further west. I am sure we will see even these outlying areas being included at a later date. Many of these new and older homes are only short distances from train stations, giving easy access to center city Philadelphia.

The Main Line is known for its multimillion-dollar stone colonial homes, exclusivity, and upscale shopping. The Main Line is also home to some of the best public and private schools in the state, and for its many small private colleges. Bryn Mawr College, Cabrini College, Eastern University, Harcum College, Haverford College, Immaculata University, Rosemont College, St Joseph’s University and Villanova University.

The upper/upper middle class enclave outside of Philadelphia is featured in several novels and was the setting for the classic Hepburn/Grant/Stewart film “The Philadelphia Story” based on Hope Montgomery Scott and The Ardrossan Estate, parts of which are still intact today as a working farm.

While not totally immune to the housing crisis, Philadelphia’s Main Line was one of the few areas that got off comparatively lightly. Not known for prices soaring, it settled back also at a more sedate rate which has allowed many homeowners to weather the storm of the last few years.

The area has the best of all worlds with Valley Forge National Park for hiking and recreation and King of Prussia Mall, the largest shopping mall on the East Coast–both just minutes away. Many of the towns and villages along the Main Line also house excellent restaurants and bistros run or owned by world renowned chefs like Georges Perrier. 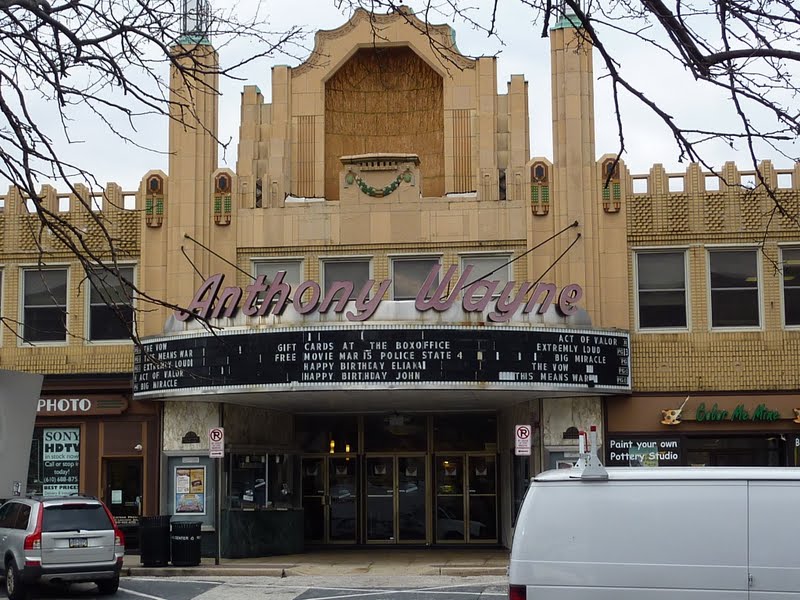 Every town and township along the Main Line has it hidden gems of homes and mansions. Prices can be going up on one street and one block away the prices are going the opposite way. Using a local realtor who knows their way around, down the narrow winding backroads and off the beaten track will help you find somewhere to call home.

Many first time buyers do find places to set down roots along the Main Line, sometimes it requires giving up some of their must haves, but the benefits reaped far outweigh what has been given up.

Our prices vary from township to township, however, The Main Line is one of the more higher priced places in the country and many people relocating to the area experience sticker shock at first and have to adjust the parameters of their searches. So I generally advise buyers even in this housing market to do their research and get used to the home prices in the area. Like everywhere some developments are very desirable and carry higher prices than other homes and not understanding this can cause you to lose a home you love because you come in too low when making an offer. 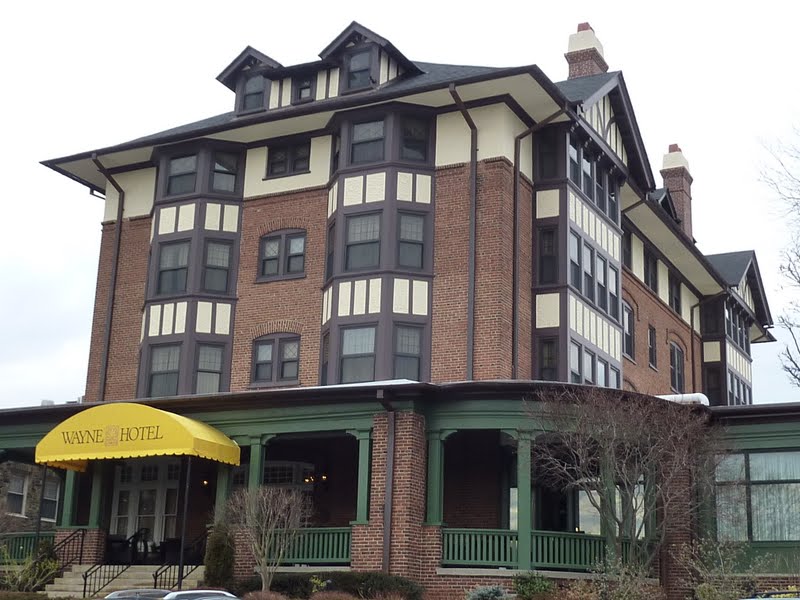 I grew up just outside London, also to the north west of the city. When I moved here from England more than 22 years ago, the history, the landscape and the Welsh town names all gave me a feeling of comfort. It did not truly feel like a move away from home and everything I had known. The winding roads were normal to me, one thing I found odd was how every township would have the same street names and it took me a little while to get used to finding my way around but now I take it all in stride.

What does take getting used to, especially for Europeans moving to Pennsylvania, is the liquor licensing laws. Europeans are used to having liquor, wine and beer available in the supermarket and numerous wine shops along a village high street. While Pennsylvania has improved, the laws do take some getting used to—for example, beer is sold by the case from a beer store that does not sell wine or liquor. You can buy a four pack  from restaurants or delis, but liquor and wine can only be bought through the State Store System.

I have been a Realtor, joining my wife Trudy who was already one, for seven years. Both of us are Associate Brokers. I serve as a Director of the Pennsylvania Association of Realtors, and am on the board for Suburban Realtors Alliance working for the public to keep private property rights intact at all levels of government.

I have served as co-chair of the Grievance Committee of our local realtor association Suburban West for the past two years.  I believe in giving back to my community and also serve as president of the Berwyn Devon Business and Professional Association, and chair of The Main Line Antiques Show raising funds for Surrey Services for Seniors which allows Seniors to age in place, keeping them in the community and in their home–a benefit for all concerned.

I would be delighted to help you find your home along the Main Line.