Located in Southwest Louisiana just off of I-10 between Houston, TX and Baton Rouge, LA, Lake Charles is the fifth-largest incorporated city in the state of Louisiana and is within the Parish of Calcasieu. With a population of 71,993 (according to the 2010 census) The city of Lake Charles is located on the banks of the Calcasieu River in Southwestern Louisiana, and borders both Lake Charles, Prien Lake, Contraband Bayou and English Bayou that flow through parts of the city. With the abundance of streams, rivers and lakes nearby metropolitan Lake Charles is often referred to as “The Lake Area.” 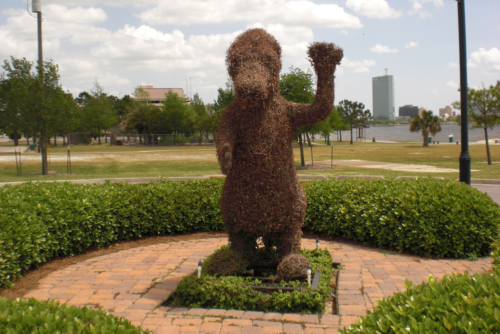 Why Choose Lake Charles?
Calcasieu Parish’s rich history combined with a diversified economy and many recreational opportunities makes the Lake Charles area an attractive place to live. With over 75 festivals held annually, Lake Charles has been named the “Festival Capital of Louisiana.” The close proximity to the Gulf Of Mexico an abundance of lakes, streams and rivers truly make Southwest Louisiana a “Sportsman’s Paradise” for those who hunt and fish. Visitors to Lake Charles quickly fall in love with the Cajun food and fun. It is easy to see why the Cajun French phrase “laissez les bons temps roulet” (let the good times roll) is a popular celebration phrase in Southwest Louisiana!
In 2010, Bloomberg Businessweek Magazine ranked Lake Charles the number one place to raise a family in Louisiana. CNN Money included Lake Charles in the Top 25 cities to Retire. 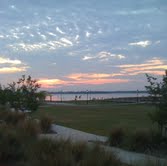 History
Lake Charles is full of interesting and colorful history. The Travel Channel lists The Calcasieu Parish Courthouse as one of the top ten haunted places in America. It is said that the courthouse is haunted by the ghost of Toni Jo Henry who was sentenced to death for murdering Joseph Calloway in a car-jacking that involved a plot to break her husband out of jail in 1940. Toni Jo became the only woman executed in Louisiana’s electric chair. The execution took place in the Calcasieu Parish Courthouse in 1942. Apparently Toni Jo never left! There have been reports of electrical outlets not working, doors locked and even the smell of a woman’s hair burning. Lights flickering and electrical system failures have all been blamed on Toni Jo!

There are also many tales of the famous Pirate Jean Lafitte who is said to have docked in Lake Charles. One story that includes Jean Lafitte has to do with the oldest house in Lake Charles which is the Sallier-Barbe house located on Shell Beach Drive. Charles Sallier and his wife Catherine were quite good friends with Jean Lafitte, but Sallier had become jealous of his wife and Lafitte.

As legend tells it, one day Charles Sallier thought that Catherine was having an affair with Jean Laffite. In his rage, he picked up his pistol and shot Catherine. When Catherine fell to the ground, he thought he had killed her, so he jumped on his horse and fled, never to be heard from again. However, Catherine survived the shot by a simple piece of jewelry – her brooch! When the pistol was fired the bullet lodged in the large brooch Catherine was wearing. This brooch is a family heirloom that the Barbe family still treasures.

One of the festivals that the City of Lake Charles hosts annually is Contraband Days, when a modern day Jean Laffite and his pirate crew overtake the city for two weeks of fun and revelry.

Along the lakefront on Shell Beach Drive you will find large antebellum family estates. One of these southern family estates was the home of famous country western star, Lynne Anderson when she married Louisiana oilman, Harold Stream III and lived in Lake Charles.

The stretch of Shell Beach that borders the lake is also lined with beautiful 100 year oak trees. One estate in particular along Shell Beach is home to a famous 170 year old oak tree known as the “Calcasieu Manor Tree”. This oak tree is registered with the Live Oak Society of the Louisiana Garden Club Federation. The “Calcasieu Manor” tree also has a caretaker and seedlings are harvested from the tree and sent to the coastline to be used in conservation preservation. There are three more old established oak trees located in the front of the property that were planted as seedings from this 170+ year old tree!

The Economy
Lake Charles’ strength includes it’s petro-chemical industries and Port of Lake Charles facilities. The Petrochemical industries, Citgo, Conoco Phillips, PPG and several other companies in the energy industry have also expanded operations in Southwest Louisiana. Lake Charles has the 12th largest port in the United States. The Port of Lake Charles continues to be on a successful economic and financial course. Northrop Grumman has been recognized by Aviation Week Magazine as the 2011 MRO of the Year. Louisiana is proud to celebrate Northrop Grumman’s continued success at Chennault International Airport in Lake Charles and as an economic driver for Southwest Louisiana.

In a recent press release from Louisiana Economic Development it was reported that Louisiana ranked best in the U.S. on a per-capita basis in Site Selection magazine’s “Governor’s Cup” rankings. Gov. Bobby Jindal was quoted saying: “By any reasonable measure, Louisiana’s economy has outperformed the South and the U.S. since the beginning of the national recession, and we’re just getting started. We’re going to continue to aggressively pursue business investment for our state so that our sons and daughters can raise their families and pursue their careers right here in Louisiana.” Lake Charles ranked first among metropolitan areas with populations between 50,000 and 200,000. Business Facilities also chose Louisiana as the 2010 State of the year!

Southern Business & Development has recognized Louisiana as State of the Year with Lake Charles being a mid market winner for economic projects. Lake Charles has been recognized as a leader in the Southwest Louisiana region in our market size for total number of project growth. A recent Louisiana Economic Outlook report projects 2,500 new jobs for 2012 and another 2,700 jobs in 2014. That is an increase of 5.6 percent over the next two years!

An upward trend continues to be seen in the area’s economy. Employment figures, total wages paid, taxable retail sales, and other economic indicators are on the rise. The cost of living in the area is consistently below the national average, based on the ACCRA Cost of Living.

Future Projects
The economic outlook for Southwest Louisiana is optimistic with new projects within our economy. Shaw-Westinghouse is building a $100 million nuclear modular manufacturing plant in South Lake Charles which will employ 1400 people locally. Aeroframe Services in Lake Charles is also expanding. Lake Charles has been awarded the mid market of the year as reported in a recent industry article by theind.com

Sasol Lake Charles Chemical Complex has announced an expansion that would potentially create up to 5,000 jobs. The expansion would come in two phases beginning in 2013 and being completed by 2018. Plans of cargo expansion and new terminals at the Port of Lake Charles will bring more growth to the Port of Lake Charles in 2012. An export grain terminal is projected for construction in 2012-13 that will create jobs and increase agriculture exports for Southwest Louisiana. Once the new grain terminal is completed it will be able to also handle corn, wheat and soybeans. This will increase agricultural product exports throughout Southwest Louisiana.

IFG Port Holdings will build the new Port terminal which will result in at least 36 new direct jobs and 200 construction jobs. IFG chose to invest in the Port of Lake Charles due to the right combination of infrastructure, economic development and workforce needed to complete the project. 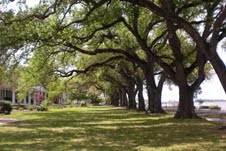 Technology and Real Estate
The technology I use to serve my clients best is through my web site Lake Charles Real Estate and Homes for Sale and my blog site MarilynBoudreaux.com. These sites help clients learn about Southwest Louisiana and the Lake Charles community. Today’s competitive market requires an Internet presence for consumers to find real estate information online. Buyers start looking at houses online before they contact any agent. Internet presence is very important.

I utilize my iPad with various Real Estate Apps when I am out in the field to communicate, store documents and present listing overviews. Docusign is one of the electronic signature programs that has saved me a lot of time and my clients love it. This technology allows me to prepare and send documents anywhere anytime when I need to obtain signatures.

I also use video and post many neighborhood tours and real estate videos on my YouTube Channel and other social media sites to educate the consumer. By utilizing Facebook, Twitter, my personal website and Word Press Blog, I gain visibility. Internet technology also allows me to get in front of as many consumers as possible and be visible on the web with search placement on GOOGLE.

One day when I took my buyers to lunch as I was getting our drinks I overhead someone at the next table visiting with my clients. During the conversation a gentlemen mentioned to my clients several places they needed to go and visit. One place in particular was a Mom & Pop Grocery Store here in Lake Charles (Cormie’s). I didn’t think much of it but overheard my clients tell the gentlemen they already knew about the store from reading my blog!

Later in the day as we were touring homes in the vicinity of this grocery store, my clients asked me to stop so they could go inside the store and check it out! They came out with all kinds of goodies to take back on the plane with them. I found it funny that my blog on Cormie’s Grocery Store in Lake Charles had reached such a wide audience. It is true that Cormie’s has the best homemade bread pudding in Lake Charles. These clients found me on the Internet through my blog about Cormie’s and ultimately purchased a home in Lake Charles with my effort!

Bio
Marilyn Boudreaux attended the University of Arkansas and has a business background which includes 16 years of comprehensive sales and marketing experience with Fortune 500 companies. Marilyn has been a resident of Southwest Louisiana for 29 years and enjoys participating in Lake Charles charitable events and giving back to the Lake Charles community.

Marilyn has six years of real estate experience. She began her real estate career in 2005 after moving from Lake Charles with her husband of 14 years, Craig Boudreaux, to Boca Raton Raton, FL. Upon returning home to Lake Charles, in 2007, Marilyn obtained her Louisiana real estate license and affiliated with Century 21 Mike D. Bono & Co.’s. She is a full-time licensed Louisiana Realtor who in a short amount of time, has succeeded in establishing herself as a Century 21 Multi Million Dollar Real Estate Agent in the Lake Charles Real Estate market. Marilyn Boudreaux is one of the top 100 real estate agents within the Century 21 South Louisiana/Texas Region.